If terrible twos have you feeling defeated, you’re not alone. I’m a mother of a nugget sized bully and an extremely active child. Even though I also have a teenager almost out of high school, it was my two youngest children who taught me a valuable lesson: I had no idea how to discipline a toddler.

I’m only slightly exaggerating when I say I could wallpaper a house with all the incident reports from daycare and school. It wasn’t until I started reinforcing their good behaviors that I began to see a decrease in their negative behaviors.

So, what exactly is reinforcing good behavior, and what does it look like? How to Discipline a Toddler: What Is Reinforcing Good Behavior?

Reinforcing good behavior is also known as positive reinforcement. That means providing something meaningful, whether praise or a reward, after the child displays positive behavior. 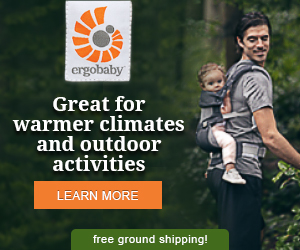 It allows your child to recognize that they are doing something right and should repeat this behavior in the future. Reinforcing good behavior may sound like some new-age parenting trend, but it’s not.

Were you lucky enough to have a chart in your classroom growing up, where you could earn stars or tokens throughout the week for good deeds? Then, when you fill the chart, you received a prize like a homework pass, a trip to the treasure box, or some other reward? 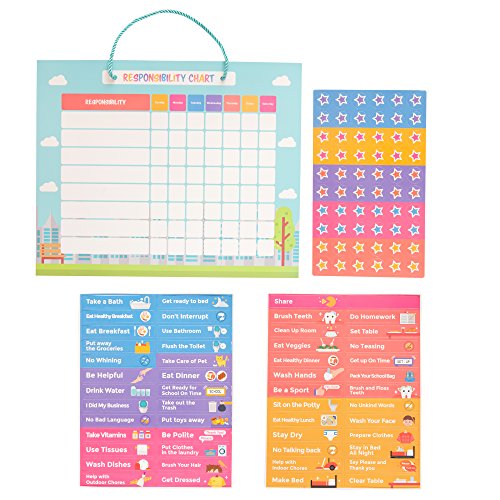 Yup, you guessed it, that was positive reinforcement.

A key strategy for making positive reinforcement successful with toddlers is using differential attention. That’s when you intentionally ignore undesired behaviors like whining and direct the focus back to the child when they are no longer displaying the undesired behavior.

Why Parents Should Choose Praise over Punishment

When it comes to knowing how to discipline a toddler, there are many forms. However, positive reinforcement is what I consider to be an effective way of parenting any age group, but especially toddlers.

Instead of reacting to the negative behaviors, the focus gears towards positive actions.

Research shows that punishment has zero effect on moral development in children. How can they possibly learn anything from punishment when the consequences fail to be logical.

For instance, spanking a child for having a tantrum does not teach them the correct way to behave. Sure, the tantrums may stop, but did the spanking teach them the behavior expected of them?

Nope, and for that reason, they are more likely to repeat negative behaviors to test what is acceptable. Instead, try ignoring the child until the tantrum ends. Then, praise him or her for having a calm body and a quiet voice.

Finally, prompt the child to use their words and express what is wrong then praise them after they follow through.

Related Reads: How to Toddler Proof Your Home

How to Discipline a Toddler Using Positive Reinforcement

Learning how to discipline a toddler using positive reinforcement takes some time, but it’s easy when you get it down. First, you have to let them know how you are expecting them to behave — be specific.

Example, before walking in a busy parking lot, let them know they need to hold your hand. If they are following through with that expectation, then they are earning.

Keep in mind that while you’re learning how to discipline a toddler, they are still learning what behavior is expected. That’s why they test their boundaries. So, in theory, only rewarding them for good behavior will teach them what is expected.

Some of you may be saying to yourself that this sounds like bribing, but let me reassure you that there is a clear difference. An example of bribing would be if your child is in a tantrum and you offer to get them ice cream if they stop.

Parents should not bargain because it will only reinforce their negative behavior and make it a pattern.

With positive reinforcement, you are waiting for your child to comply and then giving them rewarding them. They are now earning the reward because they displayed the desired behavior.

Moreover, bargaining puts the child in control of the situation, whereas positive reinforcement still leaves the parent in control.

There are three different types of reinforcers you’ll want to use to discipline your child positively. Praise, edibles, and preferred items are all reinforcers, but carry a different value depending on the child. So what’s the difference between the three?

Praise is the most accessible type of reinforcer. Ultimately, children are generally motivated by adult attention. All you need to do is verbally acknowledge something your child did with a pleasant tone.

I’ve literally used all of these at some point with my youngest child. Recently, I recall saying, ” You didn’t bite anyone today? Wow! I’m so proud of you.”

Yes, my kid used to bite, but thankfully, reinforcing him when he was kind to his friends turned his behaviors around.

So how can praise work if your toddler doesn’t quite understand what good job means? Well, that’s when pairing comes in. If you combine praise with something else they find reinforcing, you’re trying to pair the two.

By doing so, you can eventually eliminate the need for the other preferred reinforcer, and the toddler will understand that praise is also a reward.

Edibles, in general, refer to things that can you can eat. They can be a great reinforcer for toddlers but should be paired with praise. The logic behind that is so you can slowly eliminate the edibles and the praise becomes just as reinforcing as the edible.

Since my kids don’t eat a lot of candy, they find a small amount of M&Ms pretty rewarding. Thankfully, they also love Cheez-its and strawberries.

Ultimately, you have control over what you allow your child to eat, but keep in mind that the reinforcer needs to be something your toddler highly prefers.

Preferred items are precisely that, items that your child finds motivating. Even though my youngest really loves cookies, I try and limit junk food intake. Luckily, he also loves stickers, so that also works as a reinforcer.

You should also be pairing these items with praise. The reasoning behind that is the same as pairing praise with edibles. We want the child to see praise as just as reinforcing as material objects.

Consistency and follow-through are so crucial when you are just learning how to discipline a toddler with positive reinforcement. The desired behavior has to be expected every time. If not, then expectations become unclear to your child.

If your toddler tries but falls a bit short of the goal, they should not be given the reward. However, praise them for their effort and encourage them to try again.

Continue to look for positive behaviors and praise your child every opportunity you get. If manners are super important to you, then reinforce it when your child uses them. For instance, if you catch your child saying please, praise them by saying something like, “Good job saying, please.”

How to Discipline a Toddler: When Can Positive Reinforcement Be Used

Wouldn’t it be nice if toddlers just instinctively knew to use the toilet? You know, just like they instinctively know to hide in a corner or under a table to poop in their diaper or underwear. I know my kids aren’t the only ones to do this.

Well, now I can proudly scream from the rooftops that my two-year-old is fully potty trained. It took a lot of patience and a tube of mini M&M’s, but we did it. Even though I chose to use candy, there are other ways to things you can use.

It’s important to let them know beforehand that they earn when they use the potty. That allows them to know peeing in the potty is the expected behavior. Then when they do, make it a big deal, so they look forward to repeating that behavior.

I remember the first time my youngest hit a kid with a block. I said what a lot of parents say, “Well, he must’ve learned it from another kid here.” While I look back and feel silly for saying it out loud, we know that children often learn by imitating others, especially their peers.

For instance, I remember walking into my son’s classroom, and probably 8 to 10 kids were running around. The teacher was prepping snacks and unable to look up but kept asking them all to sit down. I totally swerved out my lane and stepped in to help.

I asked my son to show me how he sits quietly in a chair. He did, and I rewarded him with praise and a big high five. Then, the little girl next him said, “Look how I sit down.” I immediately said, “Great job,” and followed it up with a high five.

I continued until all the kids were sitting.

Shopping with a toddler can be such a draining task, but what’s the alternative? Unless you plan on paying for a grocery delivery service or only shopping for toddler clothes online, you have to shape their behavior.

Here is a step by step example of how to use positive reinforcement in this instance.

First, set the expectation by stating that if they listen to you while in the store, they can earn a movie of their choice. Then, make sure to pack some edible reinforcements in a ziplock. Shopping can last a while, so this helps them to earn throughout this task and not lose interest.

While shopping, if your child grabs something off the shelf, tell them to put it back and proceed to shop. After a few steps, if they haven’t grabbed anything, reinforce this by handing them an edible. Then, praise them for listening and not grabbing things.

That will be a constant step while shopping. Finally, if they follow through with the expectation, reward them once you get home.

You can use this to shape all sorts of negative behaviors in public, not just shopping. I just happen to find shopping the toughest because there are so many readily accessible things. Just follow through, and shopping will get easier.

Is Positive Reinforcing a Better Alternative to Punishing?

Telling someone how to parent, let alone how to discipline a toddler is a touchy subject. Sure, lots of people grow up with spankings and feel that they turned out fine. I am merely saying that there is an alternative to a punishment that’s not only successful but also fulfilling for both child and parent.

Have you tried reinforcing your child’s good behavior? Do you have any positive tips to add on how to discipline a toddler? Let us know how it’s going below.

Donna is a married mom of three. She is also a professional Registered Behavior Technician residing in the sunshine state, where she works with children on the Autism spectrum aged 2-15. When not working or writing, she enjoys family outings and random dance parties with her children.